Chat with us, powered by LiveChat

We use cookies to make your experience better. To comply with the new e-Privacy directive, we need to ask for your consent to set the cookies. Learn more.

Audio pioneer and company founder Paul W. Klipsch started building the first Klipschorn in 1946, and it revolutionized the way the world listens to recorded music. Over the years it has been tweaked as new technologies became available, but it remains the only fully horn-loaded loudspeaker available to consumers. With its three-way system, each driver is coupled to a horn and optimized to operate in its individual pass-band. This allows the Klipschorn to be 10 to 20 times more efficient than other conventional loudspeakers. Higher efficiency yields greater acoustic power, which is generated with considerably less amplification. The result is the cleanest, most dynamic sound possible throughout the entire musical range. 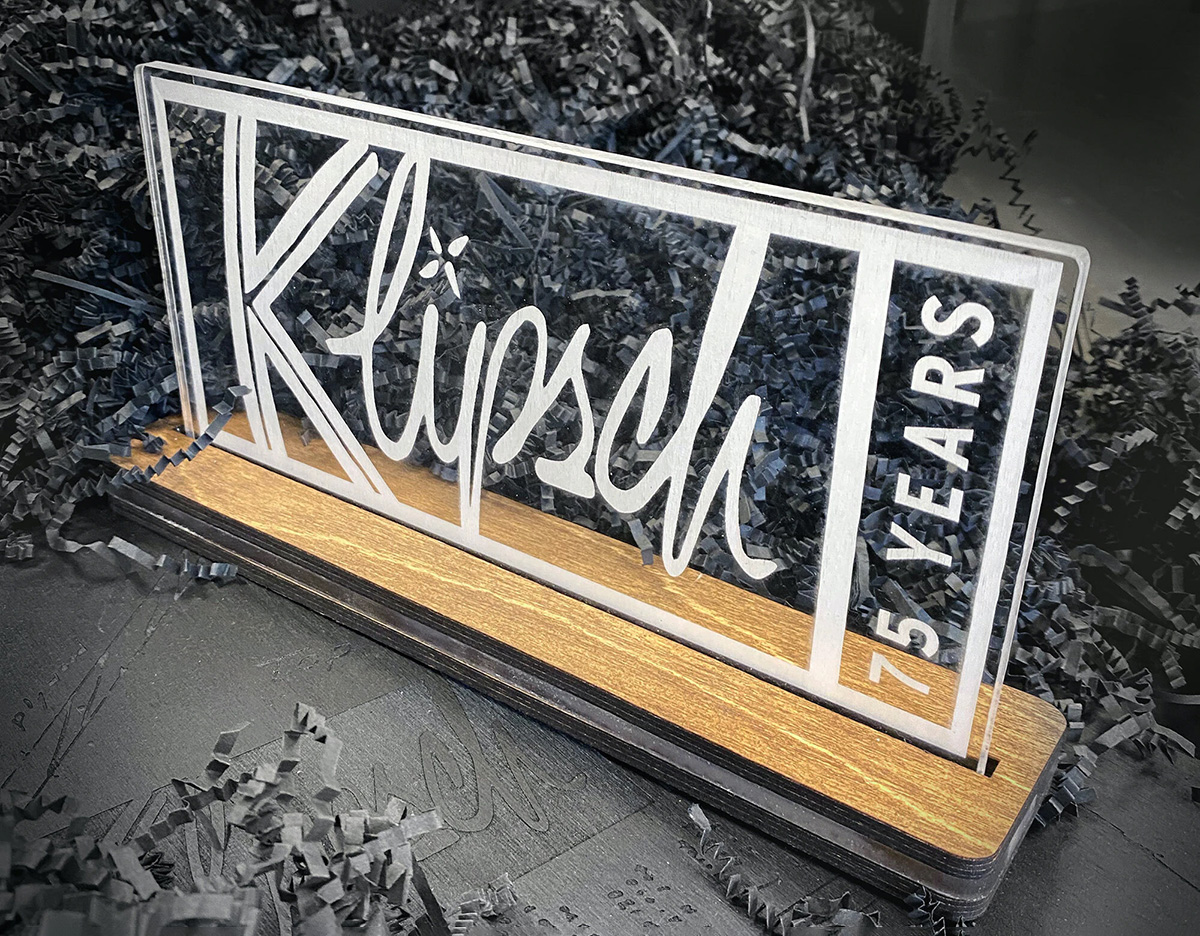 This year, to commemorate Klipsch’s 75th anniversary, a limited run of 75 pairs of the legendary Klipschorn were created. The 75th Anniversary Klipschorn AK6 utilizes a fully enclosed low frequency horn cabinet, offering more placement versatility in the listening room as the enclosure functions as a corner, delivering powerful bass performance and improved imaging. A 1-inch titanium tweeter and 90° x 40° Tractrix horn extends the output of high frequencies beyond 20kHz.

According to Paul W. Klipsch, “The midrange is where we live” – it’s one of the most critical parts in any loudspeaker design. The Klipschorn’s midrange utilizes 1½-inch compression drivers mated to a high efficiency exponential horn that maximizes the system’s power and performance. As a result, less distortion is produced by the amplifier and by the loudspeaker. That means clarity, accuracy and remarkable tonal definition.

The 75th anniversary Klipschorns feature a unique real wood teak matched veneer and lambswool grilles chosen specifically to highlight the elegance and longevity of the speakers. A staple of mid-century modern design and first popularized by Danish designers of the period, teak exemplifies the tenets of this style and ties in the historical nature of this special edition. From handmade furniture to luxury decks for yachts, teak has a perception of quality unmatched by most other wood types.

While each component of the Klipschorn is built to last, Klipsch has always recognized the unique and critical role of a loudspeaker’s cabinet in the sound reproduction process. From the craftspeople in Hope, Arkansas, to the engineers in Indianapolis, Klipsch has always put an extraordinary emphasis on cabinet design. Crafted from over a hundred wood panels, the Klipschorn enclosure is assembled using only the highest-grade adhesives and fasteners. This is a speaker you will hand down from generation to generation.

The 75th anniversary Klipschorn also boasts a retro 75th logo on the front with a natural 2-mm diamond accentuating the specially-designed logo made of sterling silver, hand-applied enamel, and rhodium plating that ensures tarnish-free aesthetics that last a lifetime.

ListenUp's own unboxes a pair of limited edition 75th Anniversary Klipschorns in our latest YouTube video.